Most best phone in the world

XiaomiRedmi 4A has taken the place in the list of the top 5 most popular cellphones in the world. The world market is seeing an intake of newer smartphones every month. And some of them are being too much popular. No other devices can decrease its popularity. Strategy Analytics, a research organization, has published a list of top 5 smartphones that are sold the most in the second quarter of 2017.

In this second quarter, this device has been sold off 16.9 million units. Its market share is 4.7%.The iPhone 7 is a smartphone developed by Apple Inc. It was released on September 16, 2016 and was the successor to the iPhone 6S. Some of the key features of the iPhone 7 include a 4.7-inch LCD display, a water and dust resistant design, a 12-megapixel rear camera, and the removal of the traditional 3.5mm headphone jack in favor of a lightning port. It was powered by a 64-bit A10 Fusion chip and was available in 32GB and 128GB storage options.

This one is second in position with a market share of 4.2%. A total of 15.1 million units are sold in the second quarter of 2017. The iPhone 7 Plus is a smartphone developed by Apple Inc. It was released on September 16, 2016 alongside the iPhone 7 and was the larger version of the two phones. Some of the key features of the iPhone 7 Plus include a 5.5-inch LCD display, a water and dust resistant design, dual 12-megapixel rear cameras (one wide-angle and one telephoto), and the removal of the traditional 3.5mm headphone jack in favor of a lightning port. It was powered by a 64-bit A10 Fusion chip and was available in 32GB, 128GB, and 256GB storage options. The iPhone 7 Plus also had a larger battery than the iPhone 7, which allowed for longer battery life.

At number 3 we have the flagship phone from South Korea based company Samsung with 2.8% market share and 10.2 million units of sales.The Samsung Galaxy S8 was a popular smartphone released in 2017. It featured a 5.8-inch AMOLED display with a resolution of 2960 x 1440 pixels, a Qualcomm Snapdragon 835 processor, 4GB of RAM, and 64GB of storage (expandable via microSD). It had a 12-megapixel rear camera and an 8-megapixel front camera, and it ran on Android 7.0 Nougat (upgradable to Android 9.0). The S8 was known for its sleek design and its Infinity Display, which had thin bezels and rounded edges. It was succeeded by the Samsung Galaxy S9 in 2018.

At number 4 there’s another device from Samsung, the Galaxy S8 Plus which are sold 9 million units and has a market share of 2.5%. 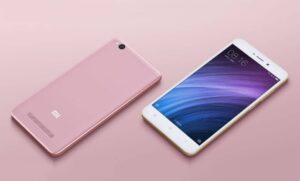 This one is the only budget smartphone that has entered the top 5 clubs. With 5.5 million units of sales and 1.5% market share, the Redmi 4A is at number 5.The Xiaomi Redmi 4A is a budget smartphone released in November 2016. It has a 5.0-inch IPS LCD display with a resolution of 720 x 1280 pixels. It is powered by a Qualcomm Snapdragon 425 processor and has 2GB of RAM. The Redmi 4A comes with 16GB of internal storage, which can be expanded using a microSD card. It has a 13-megapixel rear camera and a 5-megapixel front camera. It runs on Android 6.0.1 (Marshmallow) with MIUI 8 on top and is powered by a 3120mAh battery.