Uncovering the Truth – Is Pumpkin a Fruit or Vegetable?

For years, the age-old debate has puzzled foodies and nutrition experts alike: Is pumpkin a fruit or vegetable? Embark on this journey with us as we uncover the truth behind everyone’s favorite fall treat. From its nutritional content to its history and cultivation process, we will leave no stone unturned for an in-depth look at why pumpkin is so much more than your average edible.

Explore how mothers can use this festive ingredient to create both savory and sweet dishes for their families that are full of essential vitamins and minerals without compromising flavor. Join us as we discuss these topics from a food science perspective, offering facts you need to make smart purchases while grocery shopping – whether it’s calculating serving size or ensuring organic produce – so that you get the most out of each colorful gourd come autumn time!

Introduction: Exploring the age-old debate of whether pumpkin is a fruit or vegetable

Pumpkin has been at the center of a long-standing debate over whether it is a fruit or vegetable. This controversy has its roots in the 16th century when botanists began classifying plants into two distinct categories—fruits and vegetables. Pumpkins, however, did not neatly fit into either category. Its categorization has complications by the fact that pumpkins have many different uses as food or for decoration.

The scientific definition of a fruit is any part of the plant that contains seeds and is edible. Looking at pumpkins from this perspective, it can be argued that they should be classified as fruits. Because they contain seeds and are edible when cooked. Botanically speaking, pumpkins are pepos which is a type of berry with an outer shell and multiple seeds inside. In this sense, they can be classified as a type of fruit. 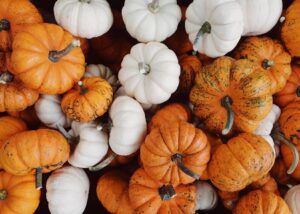 On the other hand, some people would argue to classify pumpkins as vegetables. People don’t typically eat raw like other fruits such as grapes or apples. Furthermore, their thick skin makes them difficult to consume without cooking them first which puts them into the same category as carrots or potatoes when it comes to culinary use. Additionally, while they may contain edible seeds inside their shell, people produce pumpkins generally for their fleshly inner tissue more than anything else. So, it reinforces their classification as a vegetable rather than a fruit.

Ultimately, whether you may categorize pumpkin as a fruit or vegetable depends on how you look at it. From one perspective you can see it as having enough similarities with other traditional fruits. From another point of view, its properties are more closely aligned with those of vegetables. Either way, you look at it though there’s no denying that pumpkin has become an important part of cuisine all around the world. Moreover, it will continue to do so for many years to come!

Pumpkins are one of nature’s most beneficial and versatile foods. Not only do they make delicious desserts and dishes, but they also provide an abundance of nutritional benefits. For example, pumpkin is low in calories, fat-free, and packed with vitamins and minerals.

A 1-cup serving size of cooked pumpkin contains just 49 calories and almost 3 grams of dietary fiber. So, it helps promote intestinal health. Pumpkin is also a great source of beta-carotene, a powerful antioxidant to reduce inflammation and fight off free radical damage.

Additionally, the vitamin C found in pumpkins can help boost your immunity and protect your cells from damage caused by environmental toxins. Other essential vitamins found in pumpkins include folate, potassium, thiamin, riboflavin, niacin, as well as vitamin E.

If you’re looking for a nutritious snack or meal option that won’t weigh you down with calories or fat content then look no further than pumpkin! It makes the perfect side dish when mixed in with other vegetables like green beans or carrots; you can add it to soups for extra flavor; it goes great on salads; or you can just enjoy it by itself as a healthy snack. In addition to all the amazing vitamins and minerals aforementioned above, pumpkins are chock full of beneficial plant compounds called phytosterols. It may help lower cholesterol levels in the body.

Overall, one should definitely include it in any healthful diet due to their many nutritional benefits including their low-calorie count, high fiber content, high levels of antioxidants like beta-carotene and vitamin C as well as its potential to reduce cholesterol levels.

Cooking with Pumpkin: Describing the variety of ways to cook with pumpkin, from savory to sweet dishes

Pumpkin is a versatile ingredient that one can use in a variety of ways, from savory to sweet dishes. This orange-fleshed squash has a unique flavor and texture that lends itself well to almost any kind of cooking—from soups, stews, and casseroles, to pies, cakes, and desserts.

When it comes to savory dishes, pumpkin can be an option as an alternative or substitute for other winter squashes such as butternut or acorn. You can also incorporate it into hearty soups and stews with beans and lentils; used in curries; served as a side dish when mashed or cubed; added to macaroni and cheese; tossed in salads; stuffed into ravioli or lasagna; made into veggie burgers; fried up as fritters; blended into hummus; cooked with grains like quinoa or farro…the possibilities are truly endless!

When it comes to dessert recipes, pumpkin adds an unmistakable flavor and texture to many classic baked goods. As:

1.Make a traditional pumpkin pie (with its sweet filling spiced with cinnamon, nutmeg, cloves, and ginger)

So, pumpkin can take the flavor of your dessert creations to the next level.

And if you’re looking for something healthier than your typical sugary treats? No problem! Try roasting some peeled cubes of pumpkin until they caramelize around the edges—this simple yet tasty side dish pairs perfectly with roasted proteins like chicken or salmon. Or go all out by steaming cubes of pumpkin until tender then pureeing them until smooth—perfect for making healthy smoothies or adding body to dips & sauces.

No matter what type of recipe you’re looking to make with pumpkin this season, you won’t be disappointed. So grab a few cans of pureed pumpkin from the store (or better yet head outside and pick yourself up some fresh pumpkins!) And get cooking!

Shopping Smarter: Offering facts and tips to using pumpkin in cooking, such as calculating serving size or ensuring organic produce

Pumpkin is a versatile ingredient that you can easily incorporate into various dishes. When it comes to cooking with pumpkins, there are some important facts and tips to keep in mind. First, it’s important to calculate the serving size you require based on the number of people you plan to feed. A typical can of pumpkin puree yields six servings, so if you’re cooking for a larger group, make sure to buy enough cans of pumpkin puree.

Secondly, always check labels to ensure that you’re buying organic pumpkin puree or organic canned pumpkin products. Organic production helps protect nature and provides better nutrients. Additionally, it’s important to note that canned pumpkin isn’t just for pies! You can use it in soups, stews, chilis, muffins and so much more. To get an even deeper flavor from your canned pumpkin recipes, add some spices like nutmeg or cinnamon, which will bring out the natural sweetness of the squash. Lastly, don’t forget about using fresh pumpkins when they are in season! They can be boiled then mashed or roasted for a variety of delicious treats that everyone will love! By following these tips and facts on using pumpkin in cooking you will be well on your way to preparing delicious dishes with this incredible ingredient!

Other uses of pumpkins:

You can widely consider Pumpkin so much more than just an edible. It has been used for centuries in various forms of art and craftsmanship and is now widely popular as a versatile ingredient in both sweet and savory dishes. Pumpkin is an incredibly nutrient-rich food, providing a range of vitamins and minerals that are essential for health. It is also high in fiber, which helps to keep our digestive system functioning optimally. Pumpkin is beneficial to make pies, cakes, muffins, bread, soups, stews, curries, smoothies, and even lattes or other beverages.

Additionally, pumpkin makes a delicious addition to salads or as a side dish—it can be roasted with spices or puréed into a savory soup. Furthermore, its unique flavor lends itself beautifully to sauces and desserts alike. Pumpkins are also highly versatile when it comes to decorations. As:

As such, pumpkin has become an integral part of fall celebrations around the world. Not only does this bright orange squash provide color and flavor to dishes but it offers many nutritional benefits as well. Pumpkin contains carotenoids (a group of plant compounds). This compound may protect against certain types of cancer and reduce inflammation in the body—which can help prevent chronic diseases from developing over time. All in all, pumpkin is much more than your average edible; it’s truly an amazing fruit with many uses and numerous health benefits!

So, the next time you head to your local grocery store or farmers market, be sure to add pumpkin to your list. Not only it is a versatile ingredient that can be used in both sweet and savory dishes. It also packs a nutritional punch. And who doesn’t love finding new ways to work more vegetables into their diet? With all of these tips in mind, cooking with pumpkin has never been easier – or more delicious!